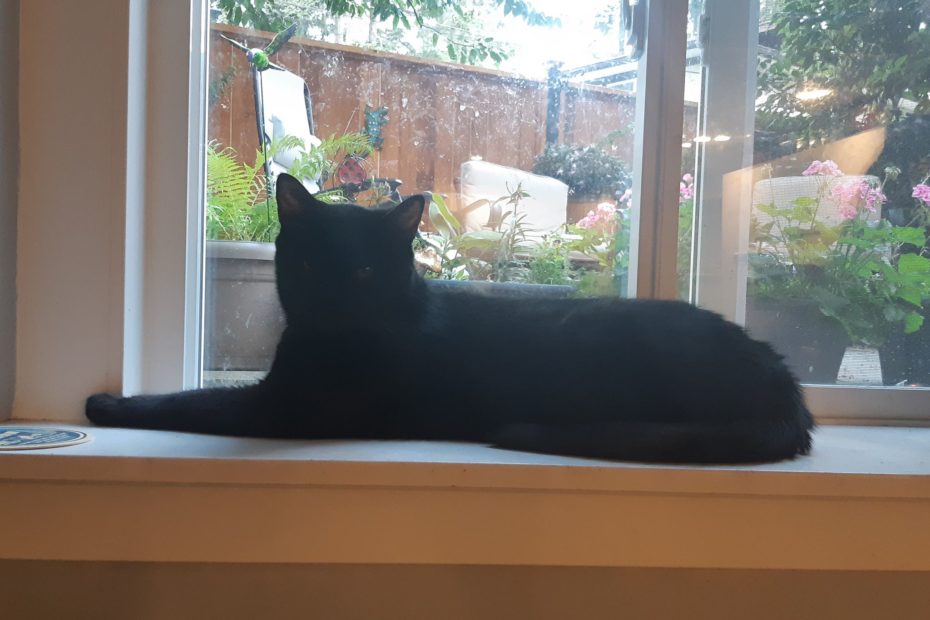 Hagrid is a lovely boy who came to us from an overcrowded shelter. We don’t know anything about his past but he does have an ear tattoo that we were able to trace and we found out that he is 4 years old. Hagrid has come a long way since he first arrived in early July. He was fairly shy to start but he’s decided that small dogs are now acceptable and he will cuddle on the couch with the small dogs and other cats in his foster home. Hagrid has a wise, old soul and he likes to live the relaxed life of leisure. Though he doesn’t mind the other animals in the house he is not big on playing with them. He avoids the play and prefers couch surfing or bird watching. He would be happy in a home with other pets that aren’t looking for too much company, but he would also be happy in a home of his own. Hagrid is more suited to an adult home than one with children.

When Hagrid first arrived, he had a bit of a runny eye and some sniffles. We took him to the vet and we were told that he had minor symptoms of Feline Herpes Virus (FHV) and did not require any medication to treat these symptoms. However, FHV symptoms do tend to come and go over the life of a cat that has it. About 85-90% of cats are carriers of FHV so this is not an uncommon problem but it is contagious from cat to cat. Therefore, if Hagrid is going to be in a home with other cats, it is imperative that they are up to date on vaccinations (to protect them) or that they have FHV too. This does not affect Hagrid’s quality of life or length of life but it does mean that he may have runny eyes or congestion at times in the future (most notably, if he becomes stressed or ill for some reason.)

This guy is a gentle giant just like Hagrid and will make a great companion for someone who is comfortable with his needs. If you’d like to learn more about him, please contact us at victoriapets@gmail.com.